MORE FROM MY UTMOST FOR HIS HIGHEST BY OSWALD CHAMBERS


Do You See Jesus in Your Clouds? 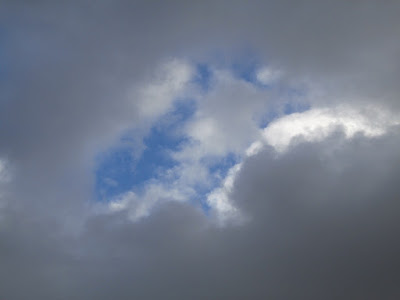 Behold, He is coming with clouds… —Revelation 1:7


In the Bible clouds are always associated with God. Clouds are the sorrows, sufferings, or providential circumstances, within or without our personal lives, which actually seem to contradict the sovereignty of God. Yet it is through these very clouds that the Spirit of God is teaching us how to walk by faith. If there were never any clouds in our lives, we would have no faith. “The clouds are the dust of His feet” (Nahum 1:3). They are a sign that God is there. What a revelation it is to know that sorrow, bereavement, and suffering are actually the clouds that come along with God! God cannot come near us without clouds— He does not come in clear-shining brightness.
It is not true to say that God wants to teach us something in our trials. Through every cloud He brings our way, He wants us to unlearn something. His purpose in using the cloud is to simplify our beliefs until our relationship with Him is exactly like that of a child— a relationship simply between God and our own souls, and where other people are but shadows. Until other people become shadows to us, clouds and darkness will be ours every once in a while. Is our relationship with God becoming more simple than it has ever been?
There is a connection between the strange providential circumstances allowed by God and what we know of Him, and we have to learn to interpret the mysteries of life in the light of our knowledge of God. Until we can come face to face with the deepest, darkest fact of life without damaging our view of God’s character, we do not yet know Him.
“…they were fearful as they entered the cloud” (Luke 9:34). Is there anyone except Jesus in your cloud? If so, it will only get darker until you get to the place where there is “no one anymore, but only Jesus …” (Mark 9:8; also see verses 2–7).
share this devotional with a friend

Wisdom From Oswald Chambers
When you are joyful, be joyful; when you are sad, be sad. If God has given you a sweet cup, don’t make it bitter; and if He has given you a bitter cup, don’t try and make it sweet; take things as they come.  Shade of His Hand, 1226 L
Posted by Geoff Thompson at 4:15 PM No comments:

Email ThisBlogThis!Share to TwitterShare to FacebookShare to Pinterest
Labels: christian devotional, Christian living, my utmost for His highest, oswald chambers

The Rod of God by Major Ian Thomas 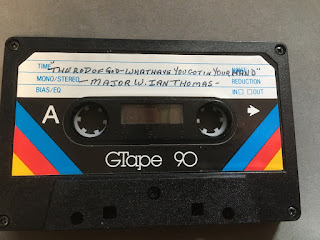 This last evening I had trouble sleeping so in the middle of the night as I am often want to do, I listened to this sermon by Major Ian Thomas from my tape collection.
The message hit home for me as a Christian because he homes in on the point of Christian living and how many things are we letting us get in the way of our relationship with God.
I thought about uploading the tape but someone had already done so so here it is on youtube. Audio only. This appears to be word for word for the tape I have.It was recorded in Australia.

Posted by Geoff Thompson at 7:21 PM No comments:

More from My Utmost for His Highest 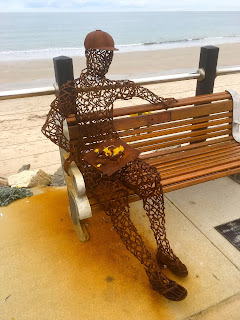 Beware of Criticizing Others

Judge not, that you be not judged. —Matthew 7:1

Jesus’ instructions with regard to judging others is very simply put; He says, “Don’t.” The average Christian is the most piercingly critical individual known. Criticism is one of the ordinary activities of people, but in the spiritual realm nothing is accomplished by it. The effect of criticism is the dividing up of the strengths of the one being criticized. The Holy Spirit is the only one in the proper position to criticize, and He alone is able to show what is wrong without hurting and wounding. It is impossible to enter into fellowship with God when you are in a critical mood. Criticism serves to make you harsh, vindictive, and cruel, and leaves you with the soothing and flattering idea that you are somehow superior to others. Jesus says that as His disciple you should cultivate a temperament that is never critical. This will not happen quickly but must be developed over a span of time. You must constantly beware of anything that causes you to think of yourself as a superior person.
There is no escaping the penetrating search of my life by Jesus. If I see the little speck in your eye, it means that I have a plank of timber in my own (see Matthew 7:3-5). Every wrong thing that I see in you, God finds in me. Every time I judge, I condemn myself (see Romans 2:17-24). Stop having a measuring stick for other people. There is always at least one more fact, which we know nothing about, in every person’s situation. The first thing God does is to give us a thorough spiritual cleaning. After that, there is no possibility of pride remaining in us. I have never met a person I could despair of, or lose all hope for, after discerning what lies in me apart from the grace of God.
share this devotional with a friend

Wisdom From Oswald Chambers
The Christian Church should not be a secret society of specialists, but a public manifestation of believers in Jesus.  Facing Reality, 34 R
Posted by Geoff Thompson at 2:03 AM No comments:

Email ThisBlogThis!Share to TwitterShare to FacebookShare to Pinterest
Labels: christian devotional, my utmost for His highest, oswald chambers, practical Christianity


On he 19th May just gone, Ravia Zacharias died at the age of 74.
It is only in recent times I have discovered his ministry and many youtube videos.
He is /was a Christian evangelist and also a Christian Apologist.

Dictionary
apologist |əˈpɒlədʒɪst|
noun
a person who offers an argument in defence of something controversial: eg the resurrection of Jesus
ORIGIN mid 17th cent.: from French apologiste, from Greek apologizesthai ‘give an account’ (see apologize) .

Ravi was an Indian man who as a young man made an attempt on his life.
You can hear about that in this attached youtube video.

I watched a good part of his live memorial service until late last night.
When I was watching there were about 45000 people watching.
A remarkable testimony to his impact as a man and a Christian.

This video embedded here is a wonderful message he brought to the Mormon Tabernacle as an invited guest.
It is one of he most important and compelling talks he possibly ever gave but then I haven't seen a lot of his work.

A very eloquent and learned speaker.

Take time to watch this and allow God to speak to you.
Posted by Geoff Thompson at 6:17 PM No comments:

More from Oswald Chamberrs in My Utmost for His Highest. 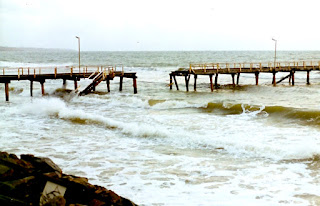 The Habit of Keeping a Clear Conscience

…strive to have a conscience without offense toward God and men. —Acts 24:16

God’s commands to us are actually given to the life of His Son in us. Consequently, to our human nature in which God’s Son has been formed (see Galatians 4:19), His commands are difficult. But they become divinely easy once we obey.
Conscience is that ability within me that attaches itself to the highest standard I know, and then continually reminds me of what that standard demands that I do. It is the eye of the soul which looks out either toward God or toward what we regard as the highest standard. This explains why conscience is different in different people. If I am in the habit of continually holding God’s standard in front of me, my conscience will always direct me to God’s perfect law and indicate what I should do. The question is, will I obey? I have to make an effort to keep my conscience so sensitive that I can live without any offense toward anyone. I should be living in such perfect harmony with God’s Son that the spirit of my mind is being renewed through every circumstance of life, and that I may be able to quickly “prove what is that good and acceptable and perfect will of God” (Romans 12:2 ; also see Ephesians 4:23).
God always instructs us down to the last detail. Is my ear sensitive enough to hear even the softest whisper of the Spirit, so that I know what I should do? “Do not grieve the Holy Spirit of God…” (Ephesians 4:30). He does not speak with a voice like thunder— His voice is so gentle that it is easy for us to ignore. And the only thing that keeps our conscience sensitive to Him is the habit of being open to God on the inside. When you begin to debate, stop immediately. Don’t ask, “Why can’t I do this?” You are on the wrong track. There is no debating possible once your conscience speaks. Whatever it is— drop it, and see that you keep your inner vision clear.
share this devotional with a friend

Wisdom From Oswald Chambers
There is no allowance whatever in the New Testament for the man who says he is saved by grace but who does not produce the graceful goods. Jesus Christ by His Redemption can make our actual life in keeping with our religious profession.
Studies in the Sermon on the Mount
Bible in a Year: 2 Kings 17-18; John 3:19-38
Posted by Geoff Thompson at 4:45 PM No comments:

The 5th and Final chapter in the book of James,
Posted by Geoff Thompson at 4:15 AM No comments:

Email ThisBlogThis!Share to TwitterShare to FacebookShare to Pinterest
Labels: practical Christianity, The book of James


Once again reading from the Living Bible.
Posted by Geoff Thompson at 4:12 AM No comments:

Geoff Thompson
My 5 blogs are a mixture. They touch on Christianity,Photography,Sport,Bird Watching,travel within Australia,Diverse commentary on diverse subjects.They have a 3 fold aim. 1. To entertain 2. To educate 3.To share my faith in Jesus Christ. They are designed to uplift not to criticise. They will always be promoting Forgiveness and Christian Love.I welcome people to contact to discuss through emails and comments.Please read "about this blog" in the index.My 5th blog is to become a trading post.

Inner peace From a sermon on tape from the 1970’s by Frank Hunting at The Church of Christ, Grote Street, Adelaide. I’m goi... 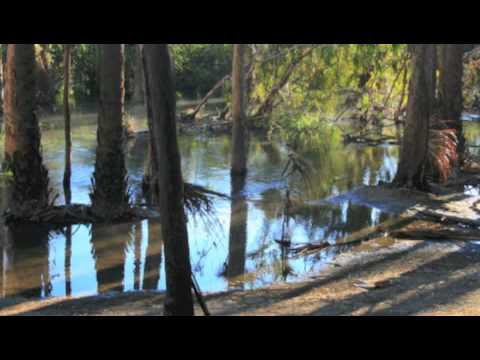